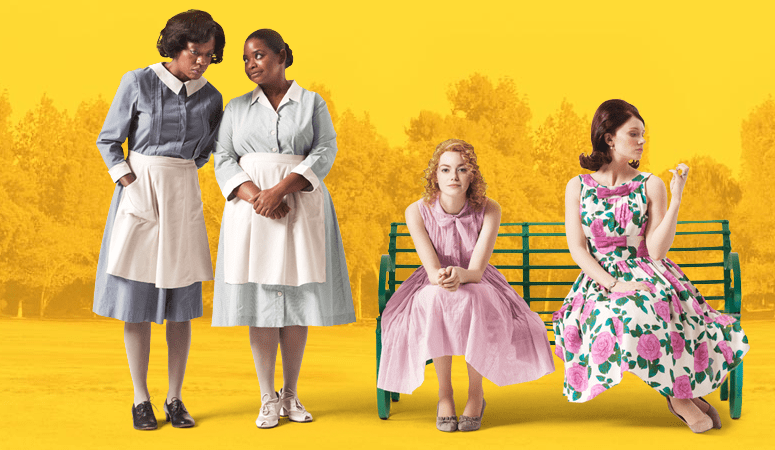 “The Help” in Greenwood

Hollywood descended on Greenwood during the spring and summer of 2010, bringing Dreamworks Studio stars into local homes and businesses. “The Help” garnered several Academy Award nominations and was a box-office smash. Walking the streets of downtown Greenwood during that hot summer of filming, it was not at all unusual to run into Octavia Spencer, Emma Stone, Jessica Chastain or Viola Davis. Cicely Tyson and Sissy Spacek shopped in local stores and Allison Janney and Bryce Dallas Howard might be found sharing lattes at Turnrow Books during breaks in the filming.

Self-guided Driving Tour
The locations of critical scenes are scattered throughout Greenwood and are best enjoyed on a leisurely drive around downtown and into Greenwood’s tree-lined neighborhoods. Check out our self-guided tour.

Crafty cook Minny Jackson from Kathryn Stockett’s “The Help” has a culinary cure for the blues. “Frying chicken always makes me feel a little better about life.” If you left the movie itchin’ to rustle up a fresh batch of crispy fried chicken and other soulful southern specialties, then we have just the class for you.  Learn to make finger-lickin’ fried chicken, feather-light biscuits, creamy mac n’ cheese, cornbread and silky greens in our fun workshop featuring delectable culinary delights from the deep South. We’ll end our scrumptious Southern spread with Minny’s famous Chocolate Pie, so y’all make sure you save room for dessert!

Adult classes are designed for students 16 years of age or older. (Note: Students must be 21 years of age to consume alcohol.)

Consuming raw or uncooked shellfish and meats may increase your risk of food-borne illness, especially if you have certain medical conditions.

While you are here check out local cast hangouts like Giardina’s Bar, Webster’s, The Alluvian Spa, and Turnrow Cafe.