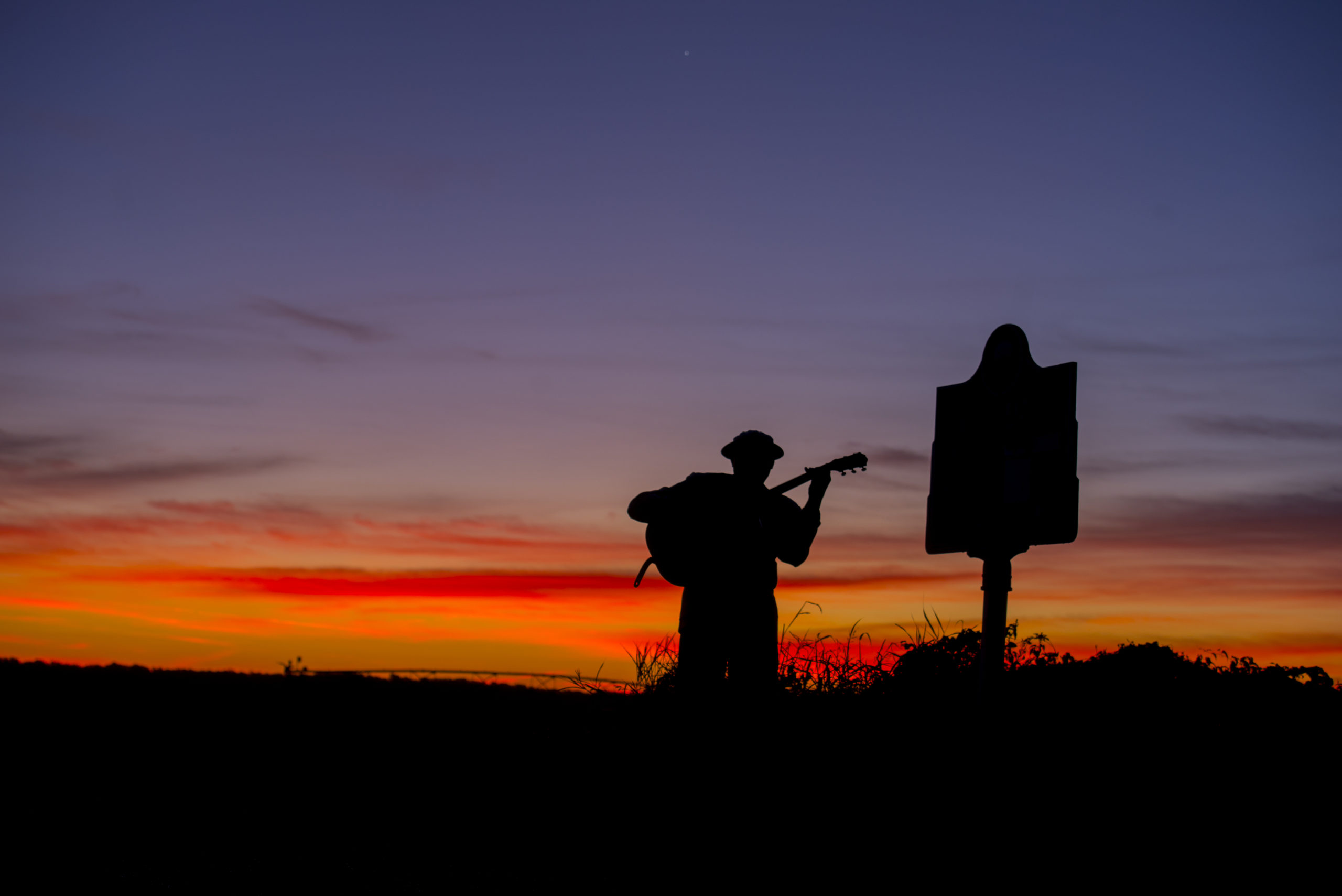 Blues music, now admired around the world, first rolled out of the cotton fields of the Mississippi Delta, a plaintive, rhythmic shout from the deepest souls of field hands and sharecroppers. Over the past few years, the Mississippi Blues Commission has marked significant Blues history sites all over the state, and many of those distinctive markers dot Leflore County. From B.B. King’s birthplace to Robert Johnson’s grave, the Greenwood area is a Blues fan’s ultimate destination and the perfect starting point for a statewide Mississippi Blues Trail adventure.

Tallahatchie Flats
Tallahatchie Flats sits on the banks of the Tallahatchie River, just a short drive up Money Road from Greenwood. A row of relocated sharecropper shacks welcomes visitors with surprisingly comfortable interiors, surrounded by cotton fields and the sounds of Delta wildlife. A renovated commissary features occasional musical entertainment and is available to rent for parties and reunions. Steps away from Robert Johnson’s final resting place and just a few miles from the noteworthy Civil Rights site, Bryant’s Grocery, located in Money.

Robert Johnson Self-Guided Tour
(Printed and online map available )
A creative genius who lived fast and died young, Robert Johnson has continued to influence generations of musicians across a wide spectrum of genres. Legends from Robert Plant to Bonnie Raitt have studied and imitated the guitar skills and vocal intonations of this mysterious man, rumored to have sold his soul to the devil at a Delta crossroads. This self-guided tour follows Johnson’s brief and turbulent life through Greenwood’s Baptist Town, his blues hangouts and the three possible burial sites around Leflore County.

B.B. King Museum
400 Second Street, Indianola, Mississippi
www.bbkingmuseum.org
A quick thirty-minute drive west on scenic Highway 82 will bring you to Indianola, a charming town on Indian Bayou where Riley “B.B.” King labored as a young man, all the while honing his extraordinary skills with a guitar and an unforgettable voice. A former cotton gin, one of the sites where B.B. scratched out a living, has been transformed into a tribute to his life and music. Packed with visual displays and thousands of items from King’s private collection, the B. B. King Museum saturates its visitors with the sights and sounds of the Mississippi Delta, the fertile culture that gave rise to this remarkable performer and so many other Blues legends.

Mississippi John Hurt Home
Avalon in nearby Carroll County
Avalon sits on the eastern edge of the Delta, in Carroll County. And like John Hurt’s song Avalon Blues suggests, “New York’s a good town, but it’s not for mine.” As such, John lived most of his life in Avalon, a town too small to even be listed on maps in the early 1900s. The journey to the museum site is a literal trip back in time.

Mississippi John Hurt taught himself to play guitar at the age of nine. He lived in Carroll County Working as a sharecropper and began playing at dances and parties in the area. With his gentle demeanor and unique, finger-picked guitar style he was rediscovered during the folk music revival of the 1960s and received more widespread acclaim than previous recordings.

Located deep in the woods of Carroll County on a backroad, see the home of Mississippi John Hurt and the Hurt family church. Both were moved to their current location by his granddaughter, to preserve his legacy.

Tours of the Museum are available by appointment only.
To make an appointment and get directions, please contact: Mr. Floyd Bailey at (662)299-1574 or Mary Frances Hurt at (312) 810-1954
Admission to the museum is $10 per person.
All proceeds go directly to the John Hurt Foundation.